MENU
GET MY FREE QUOTES
Home / Moving Tips / Moving Statistics / Moving Trends in the U.S. for 2019 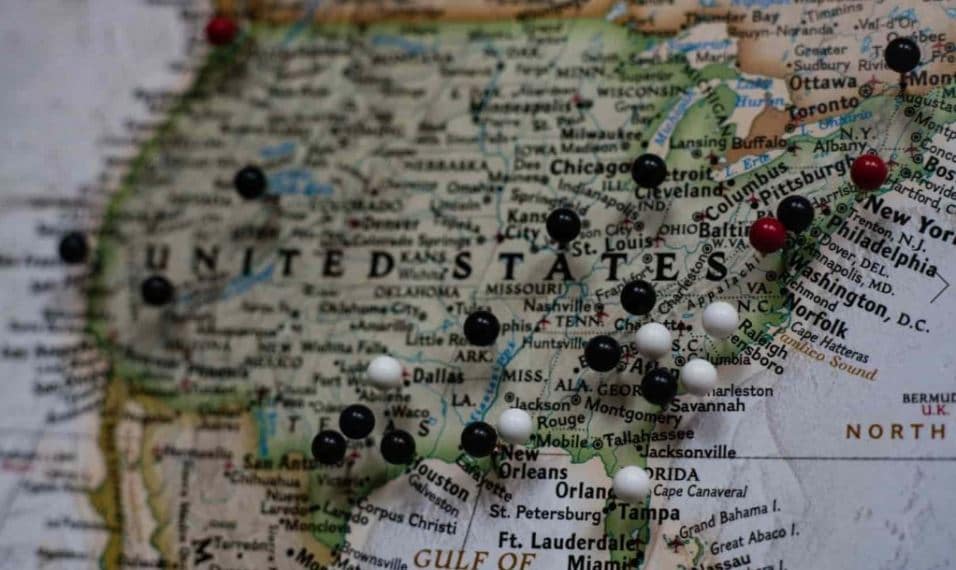 This week, we here at Move Matcher stumbled upon some interesting research conducted by North American Van Lines about the ways and places that Americans are migrating across the country. Using data that they received from the U.S. Census Bureau’s annual assessments of trends in the population of the country, North American was able to map out some of the top inbound and outbound states in the nation. 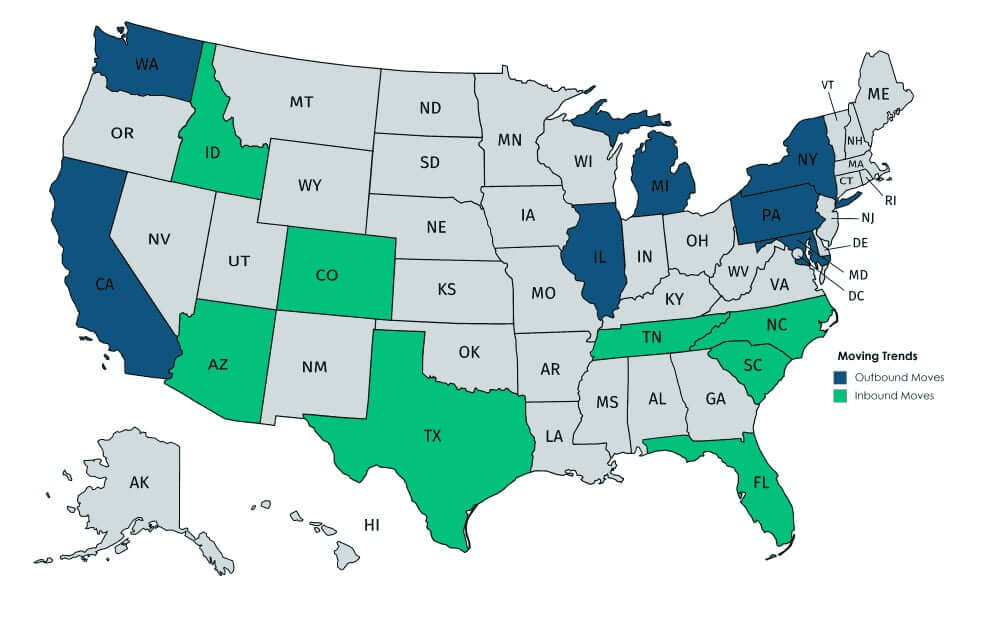 People on the Move

One thing that blew our minds is the fact that nearly 15% of Americans (about 40 million people) are on the move every year. People move for many reasons including jobs, family, or more affordable housing, but the most interesting thing about this number is that people are largely moving out of states that have the top three largest cities in the country and are moving into more southern states (Colorado and Idaho being exceptions).

Allow us for a moment to talk about Idaho. This is the third time in the last four years that they have ranked at the top of the list of inbound movers. According to census data, Idaho is the fastest growing state in the nation, with a population gain of 2.2 percent in just one year.

Illinois, the location of Move Matcher HQ, is on the top of the list of the highest outbound residents. Adding to the Illinois exodus is a challenge the state faces in enticing new residents to come to the state. 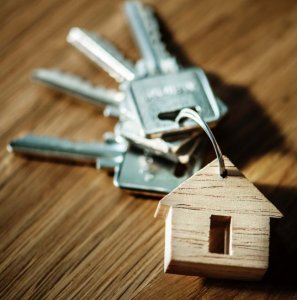 According to North American, taxation is a compelling reason for many people to leave their state. It is their hypothesis that as taxes increase, fewer people are willing to stick around in expensive states. Idaho has one of the lowest tax rates in the county, apparently creating a magnetic effect for businesses, with employees following.

Some larger trends have been slowly taking shape over time as well. As the creation of remote workplaces and cheaper housing stock in the southern U.S. have come into being around the same time, so too has the migration back to southern states. Many Midwestern communities are struggling to maintain their populations with manufacturing jobs decreasing, and more of the U.S. workforce going digital.

If you’re interested in learning about major cities in the states that are attracting more and more people, read up on Austin, Jacksonville, and Denver.

McKinley Park is the Hottest Affordable...