Home / About Us – The Move Matcher Story

About Us – The Move Matcher Story

Move Matcher was founded in the summer of 2016 to help solve a problem.

How can we plan for a move smarter, faster and easier?

In the summer of 2016, my friend Connor and his wife were planning to move from their beloved neighborhood in Chicago, to the western suburbs. Though they loved their city, their plans to start a family called for immediate action. As their move rapidly approached, Connor’s job was to pick the moving company. Little did he know, finding a mover is easy but finding the right mover was an unbearable task especially in a time crunch. 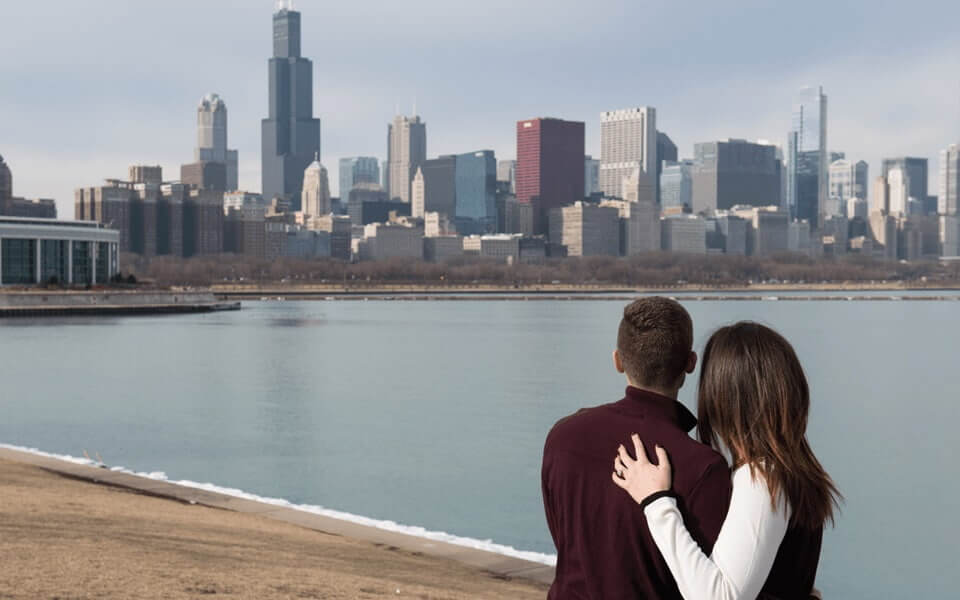 During his research, Connor came across reoccurring problems that made it harder to narrow down his options and find the best value for their move.

Moving is stressful unto itself, and seeing someone who most people would consider intelligent, in touch with technology, and successful struggle with the mundane task of picking out a reputable mover was a wake-up call…we are smarter than this. We can do this better. That’s when he decided to found Move Matcher.

Dave moved from Boston to Chicago about a decade ago using a moving company. He was admittedly a clueless twenty-something without much insight into making a cross-country move.

So what did he do? He threw a dart at Google mover search results and called two movers. One of them visited his apartment, the other didn’t. He went with the moving company that made the visit thinking he could trust the accuracy of their quote.

Cut to Dave’s arrival in Chicago, when his possessions showed up days later than predicted by his movers and in two separate locations, each at the wrong time. On top of the logistical headaches, Dave was on the hook for a steep and unexpectedly larger final invoice, the value and accuracy of which he couldn’t truly verify before diving back into his job in Chicago.

Dave took the helm at Move Matcher because he knew this would be his way to make a difference for consumers that feel clueless, vulnerable or financially uncertain about employing local and long-distance movers. Dave’s a consummate believer in being skeptical and finding a better way after experiencing life’s little headaches when we tell ourselves “there’s got to be a better way.” In 2018, Dave and Connor teamed up to bring that “better way” of moving to you!

You’re a mover (literally) and a shaker. You’re a time-strapped young professional or a thrifty parent. You’re helping an elderly relative find a safe and trustworthy moving company. You’re a smart consumer that knows the only thing better than a word-of-mouth referral is one you can verify online.

You’re looking to make a move, or help someone with their move in a way that’s cost-effective, high-quality and reliable. You found Move Matcher, and we’re so glad you did!

Where we are today

We’re delivering the only network of personally-vetted licensed, insured and bonded movers with actual hourly rates, estimated move costs and consumer reviews all in one place. And whether through our blog posts or moving tips, we’re regularly coming up with more ways to help consumers make smart choices about their next move.

Where we are headed

We will continue to evolve our mover network, national footprint, property and affiliate partnerships. We will expand our services so that consumers are in control of their move, from quote to completion. We will evolve our service to moving companies as the singular trusted destination for affordable, reliable business growth opportunities.

We will constantly remind ourselves, “there’s got to be a better way,” and as a result, deliver you a better way to move.

Thank you for choosing Move Matcher!

Move Matcher is proudly accredited by: