As one of the most popular cities in the U.S., San Diego has a thriving housing market, and some of the best beaches and nightlife can be found in America’s Finest City. In this blog, we will break down the recent changes in rent San Diego has experienced, the most popular neighborhoods, and the latest prices.

Although some may think it is one of California’s smaller cities, San Diego is actually the 8th largest city in America. Home to rentals which are both luxurious and affordable, San Diego rent prices are usually a little higher than a typical American city.

The average rent in San Diego is above the national rent average of $1,430 a month. San Diego apartment prices are typically more expensive than the national average. This can change, though, depending on how many bedrooms you want and the neighborhood you want to live in.

As of May 2019, the average San Diego rental prices were $2,168 a month according to Rent Café. This price estimate was listed slightly lower by Rent Jungle, who calculated an average as low as $2,079. When we look at the history of the market, the average rent in San Diego has been steadily increasing by five percentage points or so annually.

San Diego rent prices are well above the national average. This Southern California city is one of the most expensive rental markets in the nation and is even pricier than popular cities like San Jose, Dallas, and Phoenix.

The average San Diego rent price increased 7% last year. This is pretty high when compared to other popular American cities. The average apartment size, though, is average. Clocking in at 828 square feet on average, you can get plenty of space for your money in San Diego.

The average rent in San Diego described above is only part of the story. In order to illustrate how affordable San Diego can be, let’s go ahead and look at how San Diego rent and apartment prices differ in the most and least expensive neighborhoods.

Currently, the average monthly rent in the two most expensive neighborhoods in San Diego are:

Here is the average monthly rent for the two least expensive neighborhoods in San Diego: 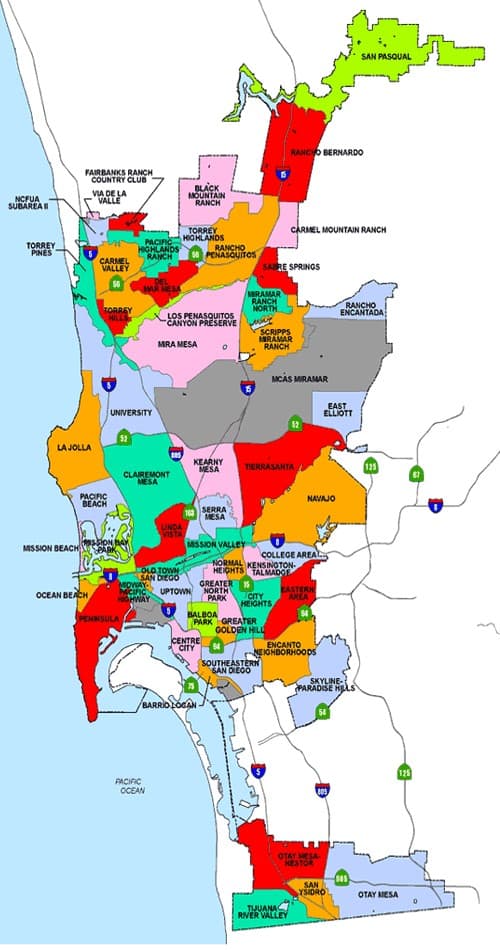 Typically, the most expensive neighborhoods in San Diego are right next to the beach and offer some of the best vantage points in the city. This is why people are willing to fork out some extra cash to live in these prime spots. Let’s look at San Diego’s average rent by neighborhood.

The average rent in some of San Diego’s most popular neighborhoods:

Then, there are renters who want a little extra space. The average rent for one bedroom apartment in San Diego is only $1,700. Those who seek a slightly larger apartment should know that the average two-bedroom rental in San Diego goes for about $2,295 monthly.

Three bedroom apartments, on the other hand, go at an average of $3,200 for rent. As a whole, the average San Diego rent is above what we can find in other cities. Those who can receive the best deals are those who rent a studio or one-bedroom apartment in an affordable corner of the city.

Therefore, there should be many more changes in rent San Diego has in store for the future. Pay close attention to San Diego’s average rent by neighborhood, where you will find some of the most drastic differences in pricing.

Apartments in San Diego and the West

Although the San Diego rent prices are clearly above average they are still more affordable than West Coast cities such as San Francisco and San Jose. In regards to the housing market in California, San Diego stands out as a pretty reasonable choice.

Other cities in the Western U.S., like Seattle and Denver, have consistently better rental prices than many other nearby cities. So if you simply want to lock in the most reasonable rates possible, you don’t have to be stuck with high San Diego rent prices.

San Diego has a warm climate and some of the best beaches in the world, which certainly makes the pricey rent worth it. Although there are certainly cities where rent prices are more affordable in the West than what we find in San Diego, it still remains as a great choice for anybody who wants some of the best amenities and quality of life the U.S. has to offer. 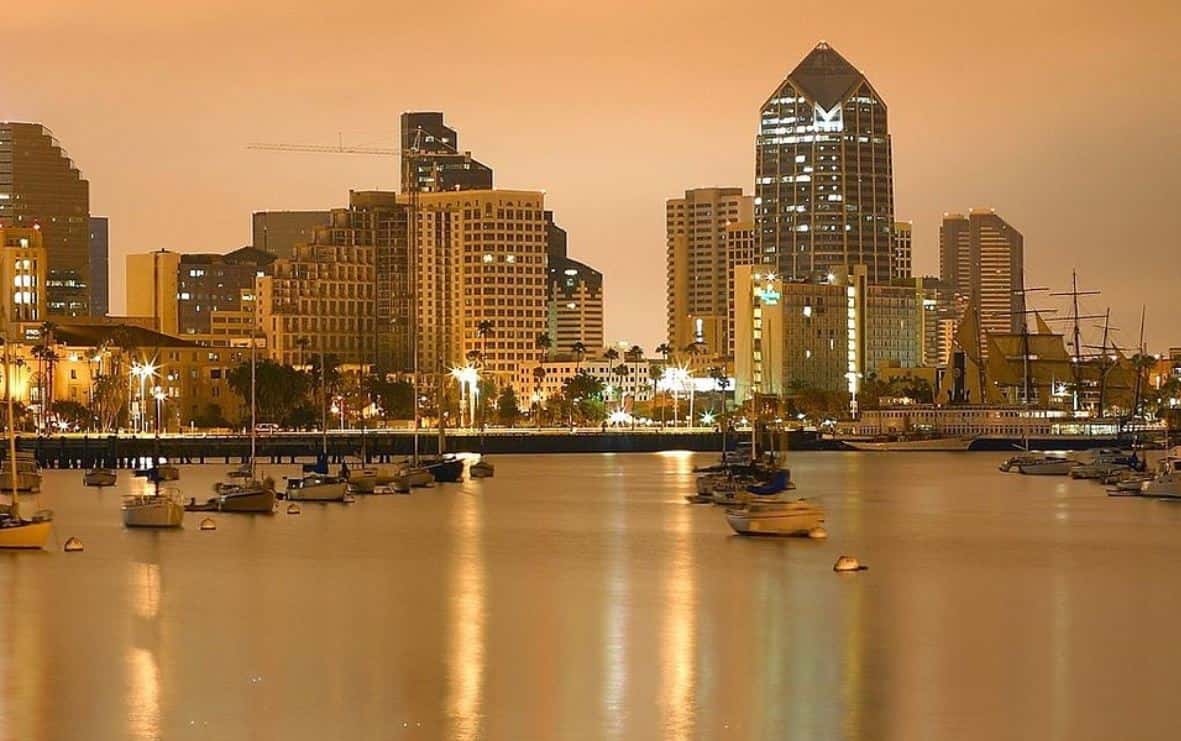 Prices in San Diego and the U.S.

San Diego is one of the largest U.S. cities in terms of population. With the national rent average clocking in at $1,430 a month, average rent in San Diego is surprisingly reasonable considering that this is a major hub of activity in the U.S. Clearly, though, it is not one of the most affordable markets in either California or the United States.

As we have illustrated, there are various changes in rent San Diego has experienced recently. This is a market which is expected to continue increasing in value. Those seeking to move to San Diego, then, should act quickly in order to receive a great deal.