Average Home Value in the 50 Most Populous U.S. Metro Areas

The housing market in a particular area is one of the most important factors to consider when moving. Although home values vary widely from city to city and even neighborhood to neighborhood, the average home value in a metropolitan area is a good indicator of the realty market in a given radius. Using data from Zillow and an interactive map from BatchGeo, here are the average home values of the top 50 metropolitan areas by population in the U.S. as of May 31, 2017: 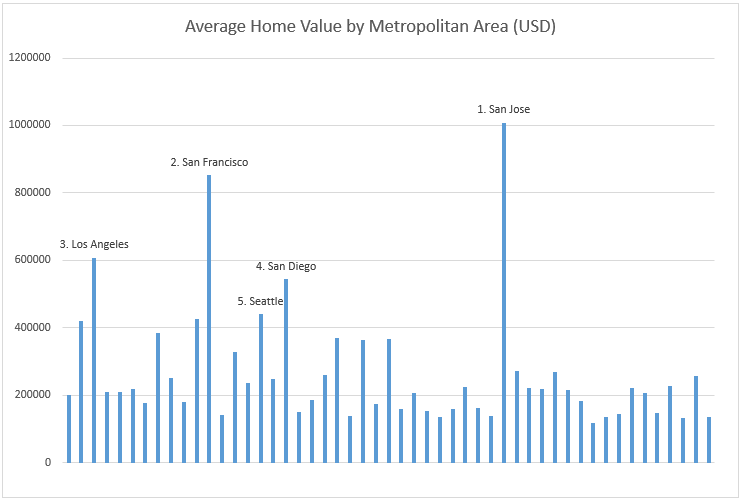 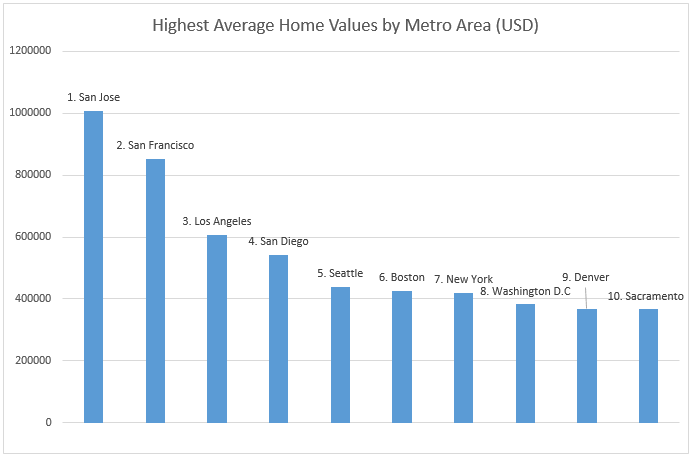 Only one metropolitan area outside of the state of California ranked in the top 5, with Seattle at $440,100. After the Emerald City area, there were three east coast cities: Boston, New York, and Washington D.C. with home values at 425, 419, and 383 thousand dollars respectively. Denver and Sacramento closed out the top ten. Both metro areas had average home values just above $365,000. In total, seven of the ten metropolitan areas with the highest average home value are west of the Mississippi River. 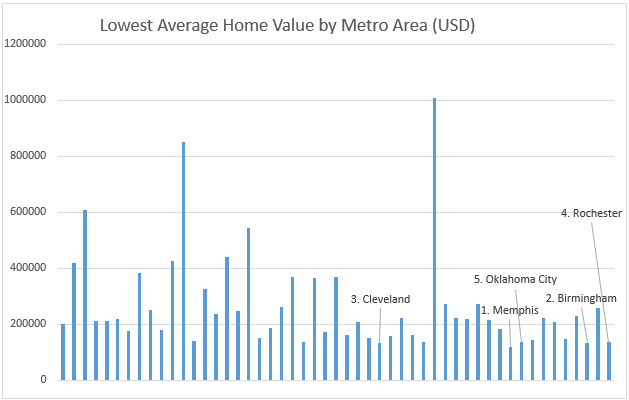 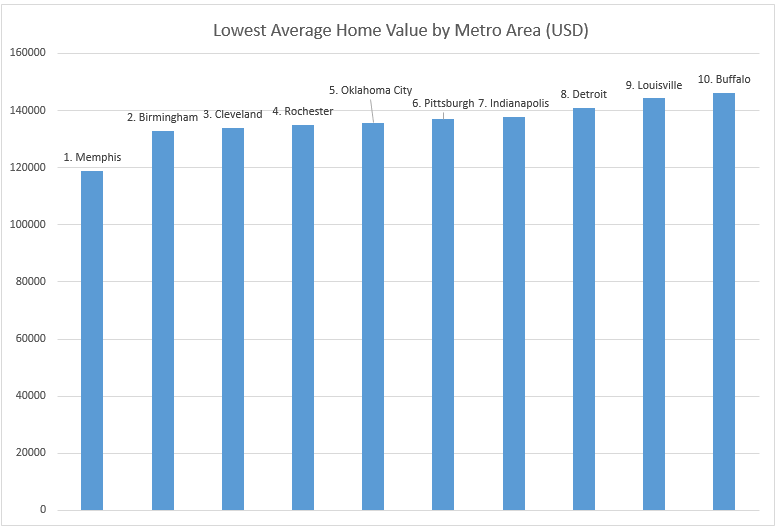 In general, home values have rebounded since the crisis in the mid-2000s. As expected, owning a home in or near a major city can come at a high cost. However, some metropolitan areas maintain much higher average home values than others. Similarly to rent inside city limits, home values within and surrounding California cities are higher than the rest of the country. Areas surrounding Northeastern cities also tended to have higher home values than those in the Midwest or the South. While buyers often associate higher home values with a nicer area, less popular markets can lead to better value. Whether you’re moving to a city or suburb, knowing the average home value in your metro area can help you make an informed decision.

Average Rent in the 50 Most Populous U.S. Cities